Following a press conference and before he headed into the fundraising event held by The Mannie Jackson Center for the Humanities in the Meridian Ballroom, Kareem openly expressed the importance of education to the audience of local student athletes from Marquette Catholic, Metro-East Lutheran, Edwardsville and Civic Memorial High Schools.

“Your education is going to take you as far as you would like to go,” he said. “If I had totally relied on being an athlete, I would not be here speaking because I would have not known what to do well enough."

“Do not let your athletic aspirations be the only thing that you excel at. You must have an education to have the wherewithal and means to succeed. Stick with it and never give up.”

After a successful season on the court themselves, Edwardsville’s Kate Martin and A.J. Epenesa stepped up to the microphone to ask the superstar questions about his career.

“What has been more satisfying,” Martin inquired, “Your basketball career or the work you have done since you retired from the NBA?”

“I would say that the work I’ve done since I’ve retired has been more meaningful,” Jabaar answered. “My son is a surgeon who works in the trauma unit and saves people’s lives. One of the biggest moments in my careers was when I scored 35 points against the Detroit Pistons. I realized, what I did against the Pistons meant little compared to what he was doing.”

As Epenesa’s turn at the microphone arrived, he asked, “What has the best advice you have ever received from a coach or mentor?”

“There had been this guy who lived in my neighborhood,” Jabbar reminisced, “He had been a good basketball player, but never pursued it or went to college. He always told me to stay in school, go to college and get a degree."

“Whatever happens in life, whatever your aspirations may be, do not let your academic part suffer. Make sure it is always, you would say, ‘real tight,’ moving forward.”

Edwardsville native and Harlem Globetrotters superstar Mannie Jackson himself also mingled with the students before the fundraiser. Aware of his recent success as a members of the Tigers boys’ basketball team, Jackson approached Mark Smith and provided him with some kind words of advice.

“Two Mr. Basketballs in the same room,” Jackson remarked. “Keep it up and you’ll do great things.”

East St. Louis native and Olympic track and field athlete Jackie Joyner-Kersee, who was also at the event, took time to mingle and take photos with the Edwardsville girls' basketball team as well.

The MJCHF Would like to extend a wholehearted "Thank You" to the sponsors of this event. Without them, this wouldn't be possible. 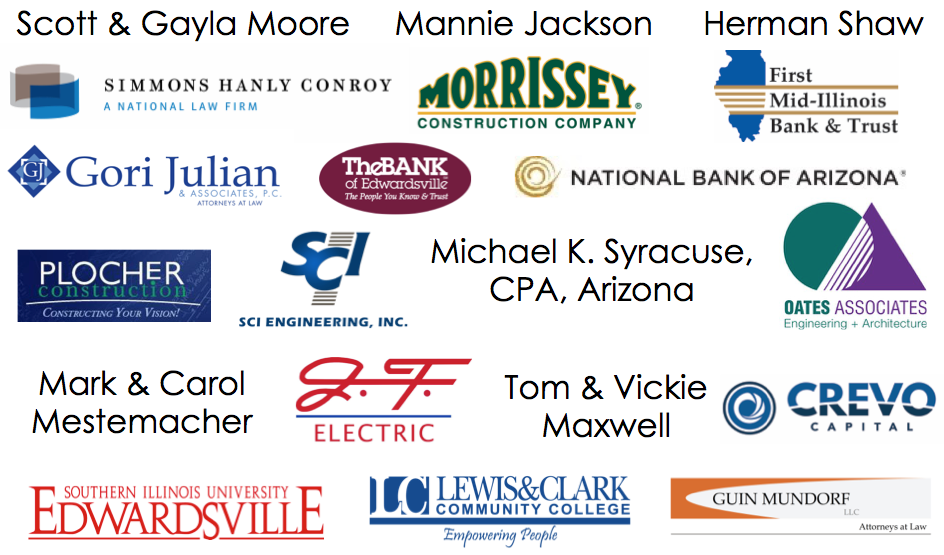