Dr. Ed Hightower Announces His Retirement as Executive Director of the Mannie Jackson Center for the Humanities Foundation Effective December 1, 2018 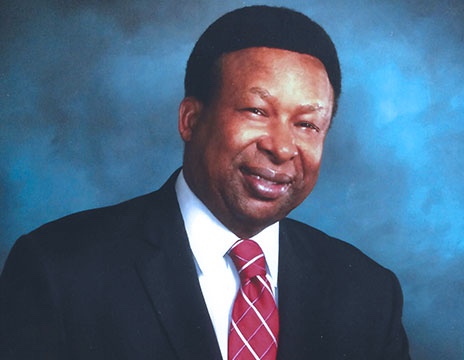 “I want to thank MJCHF President Mannie Jackson and the Board of Directors for allowing me to serve as its Executive Director. We have impacted the lives of so many people across Madison County and have begun to raise the level of positive dialogue, including an outstanding speaker’s series, featuring General Colin Powell, Kareem Abdul Jabbar, and Naomi Tutu, and education initiatives, such as the Alma Irene Aitch STEM Center and the Conversation Toward a Brighter Future program,” said Hightower.

Mr. Jackson pointed out that much of the credit for the program development for over five years is attributed to Dr. Ed Hightower, who has served with distinction as Executive Director of the MJCH® Foundation. “Sustaining the quality of remarkable programing set forth by Dr. Hightower at both the local and regional level, in addition to expanding philanthropic giving, will be the focus of the Foundation as the organization begins the search for future leadership," said Jackson.

“I plan to continue involvement with local initiatives such as the Madison County Leadership Council (Alton, Edwardsville, and Madison/Venice NAACP’s; Madison County Urban League; Coalition of Concerned Citizens; 100 Black Men of Alton/Godfrey and other Madison County leaders) and the Madison County Law Enforcement Task Force. These organizations are collaborating to improve communication and better relationships between law enforcement and Madison County citizens, and recruiting African Americans, women, and other minorities to law enforcement," said Hightower. "In addition, I will continue through the Leadership Council to support Simmons Hanly Conroy, Madison County Third Judicial Circuit, and other key partners to host “Second Chance Saturday”, a program designed to help residents of the community to remove past criminal offenses from their records, with a goal of improving the quality and productivity of their lives moving forward."